RFK Study: All Fluff and No Facts 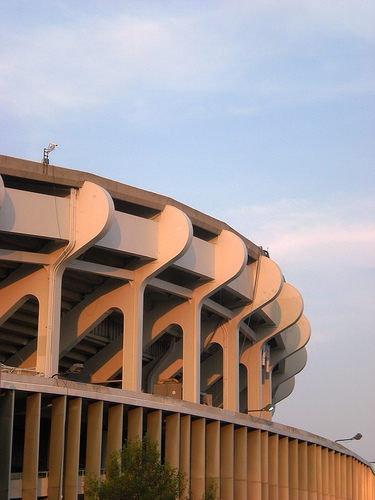 I’m disappointed with the lack of information Events DC representatives provided neighbors last Wednesday September 16 regarding the future of RFK stadium. Events DC entered into a contract on October 2, 2014 with Brailsford & Dunlavey to complete a study on future uses for the stadium site. The study is due October 2, 2015, yet Events DC officials were unable to provide neighbors with specific information. The lack of specificity plus Mayor Bowser’s announcement the prior week that she wants to bring football back to the city left many in the room questioning the purpose of the Wednesday meeting.

Prior to entering into the October 2014 contract, Events DC released a request for expressions of interest. This document outlines what potential bidders are required to examine. They are directed to look at two options: Option one is programming at the RFK campus if the stadium is demolished. Option two assumes that the stadium is not demolished. Potential contractors are also notified that they must examine environmental surface conditions, and traffic and public transportation surrounding the site.

Brailsford and Dunlavey bid on the RFK study contract and Events DC agreed to pay them $314,000 to complete the work. This work includes a study initiation wherein Events DC required Brailsford & Dunlavy to conduct initial meetings with the Events DC team and other stakeholders designated by Events DC to fully develop the study and finalize the objectives and timelines.

Brailsford & Dunlavey did not meet with RFK neighbors during this period because Events DC does not consider us stakeholders. This message was repeatedly conveyed to me over the past year by Erik Moses, Senior Vice President and Managing Director for Sports & Entertainment. Every three months during the RFK community outreach meetings I asked him for an update on the RFK plan. And every time, he told me he couldn’t give me an update because according to him, neighbors are not stakeholders and did not need to be consulted until Events DC had come up with ideas on how use the property.

Mr. Moses refusal to share information during the past year is striking because Events DC claimed in their 2014 annual report that they were talking with us. According to the 2014, “community members from the neighborhoods surrounding RFK Stadium and the Festival Grounds are working with us and a team of consultants to study the redevelopment and future of this iconic venue.” Events DC never spoke with the neighbors living in the HillEast community so I’m struggling to figure who they are talking about.

EventsDC inability to provide truthful answers continued on Wednesday when neighbors peppered them with questions about environmental issues surrounding demolition and new construction. What data do they have? According to Events DC, they currently lack the data which is perplexing given the requirements outlined on page 6 of the October 2, 2014 contract.

Brailsford & Dunlavey pursuant to the contract must collect and analyze data concerning transportation, utilities, parking, stormwater and other infrastructure analysis, including required maps and/or diagrams, and including a summary of issues, challenges or others relevant infrastructure considerations. It’s late September, the study is due October 2nd, and Events DC expects residents to believe that they don’t have this information? Highly unlikely.

Instead of feeding us fluff, it’s time for Events DC and Mayor Bowser to be honest with RFK neighbors about what they are going to do with the property. We told them on Wednesday that neighbors want youth facilities, an enhanced waterfront, and green space. No one advocated for the return of professional football. Our message was clear. Now its Events DC’s turn. Will they give us fluff or facts?