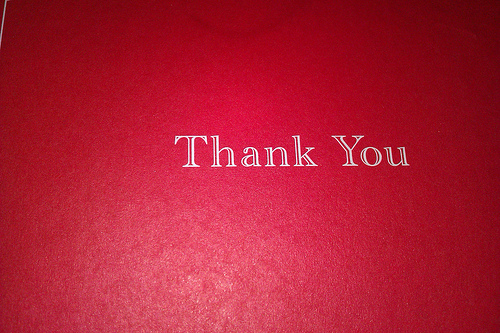 Since 2007, Tommy Wells has represented Ward 6 on the DC Council. During that time, he has helped foster transformative development across the ward, worked with the community to improve schools, increased transportation options throughout the city and gotten rid of plastic bags, to name just a few of his accomplishments. He has served ethically, establishing a high standard with his outspoken example. He also proved to be a knowledgeable, thoughtful legislator. But he didn’t do all of this by himself.  Councilmember Wells has had some amazing staff keeping the gears turning behind the scenes. As his tenure comes to a close, I want to say THANK YOU to those dedicated public servants.

It probably would not surprise you to hear that District government can be difficult and frustrating to navigate. During my term on the Advisory Neighborhood Commission (ANC), I had all kinds of random requests come my way.  Everything from how to get a curb cut for access to a park, to handling the maintenance of trees on a vacant lot. When I didn’t know where to go (or wasn’t making any headway) an email to Pat Joseph in Constituent Services always got the job done. Ever been to an ANC meeting? I can answer that: you haven’t. But Naomi Mitchell has. She’s been to lots of them as Community Liaison. Having her in the audience for our ANC 6A meetings often meant getting direct answers or immediate feedback on important questions or pressing issues. Plus, she always stayed to the very end so she could be available to talk one-on-one with commissioners and members of the community.

Anne Phelps and Daniel Conner, along with the office’s other policy and issue specialists, are the wonks and experts that take in the reams of technical information, proposed legislation, constituent comments and ideas, and turn them into policy positions, plans of action and votes. These are the folks that digest the minutiae, using their personal expertise and deep knowledge of the ward to make recommendations for how to proceed in a way that best represents constituents and benefits city residents overall. Whether you agree with Wells’s positions or not, these are the people who keep things focused, make sure he has all the facts and is ready to take an informed, well reasoned stance. They have consistently done a good job of it.

Then there’s Linda O’Brien. I imagine when someone gets a call from Linda, that person sits up a little straighter. I have heard so many stories of situations where Linda has solved problems that have tangled up constituents for months or years. My own experience has borne that out. My husband and I are self-employed so we get our health insurance through DC HealthLink. When our twin daughters were born in March, we contacted HealthLink to have the girls added to our insurance. In July, we were still fighting with our insurer to get them covered. It was an administrative problem on their end (apparently the birth of two babies at once was insurmountably confusing), but the insurer was dragging its feet while we paid thousands out of pocket for well baby visits. FOUR MONTHS we went around and around with them, including working with another councilmember’s office whose jurisdiction should have been helpful. Absolutely nothing happened. I finally emailed Linda at 4:30 one afternoon. Within 26 minutes –not an exaggeration, I was so shocked that I checked my watch– I had spoken to Linda and had calls from the city’s healthcare ombudsman and an email from a top official at HealthLink. When I woke up the next morning, I had email messages confirming that our girls were finally covered. I cried with relief.

These are the outstanding staff that I have had a chance to interact with the last few years. They represent just a few of the quality people that have been with Wells for years. Since incoming Councilmember Charles Allen once was one of these outstanding staff members, I have a good feeling that this tradition will continue.  But to those who have been serving during Wells’ tenure, many thanks to you for your hard work on behalf of Ward 6.