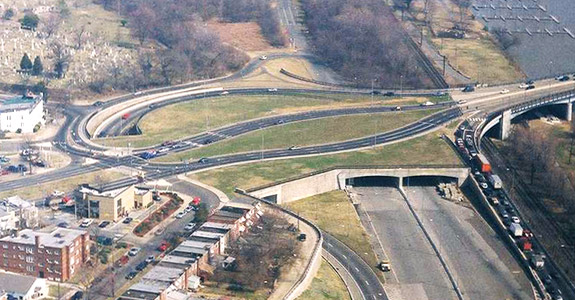 As many you may have heard, DDOT is conducting several studies that directly impact the Hill East community. The first study involves the area around the Potomac Avenue Metro. The second involves Barney Circle and the potential Southeast Boulevard.  These studies’ apparent purposes are to develop suggestions to improve traffic patterns and increase pedestrian safety.

Each study was introduced this year via public meetings with DDOT representatives. The Penn-Potomac meeting was held on January 31st at Payne Elementary School and the Barney Circle/SE Boulevard meeting was held on February 21st  in the same location. At these meetings, DDOT shared several concepts for potential traffic patterns and pedestrian crosswalks. The community input portions of both meetings included concerns about heavier traffic on residential streets, the locations of newly proposed roadways, and the desire for the ultimate plans to include green spaces.

It should be noted that at this point, all of DDOT’s concepts are just that- concepts. I know that some neighbors have expressed concerns that these projects are already ‘in the works’ but it is important to understand that this is not the case. In fact, the next step in this process, as outlined by DDOT, is a second round of public meetings. At these meetings, information previously gathered from the community will be shared and alternative concepts may be introduced.

DDOT has outlined both of these projects on the AnacostiaWaterfront.org website. The site includes overviews, concept maps, timelines, and other pertinent information. I encourage anyone who is interested to look at this site, sign up for their mailing list, or email them at the addresses provided.  You can also reach out to your ANC Commissioners with your suggestions and concerns. Finally, I strongly recommend attending the public meetings about these potential projects. It is important that the community weighs in at these early stages.

Besides being an ANC Commissioner, I also live in the neighborhood that could be immediately affected. It is important to me that the community works together to ensure that whatever DDOT plans, they do so with our concerns and opinions at the forefront of their decisions. If this is something that is important to you, please get involved!