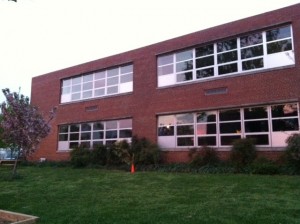 With DC schools welcoming students in less than a month, waiting lists at sought-after Hill elementary schools have shaken out a teensy bit to allow some lucky few to enroll their children come Aug. 22.

But luck here is relative. Peabody Elementary  preschool program here on the Hill  has the longest waitlist in the city among preschool programs, according to a report by the Washington Examiner. It had at one time about 520 little people on the waiting list for preschool-age 3, a relatively new educational offering here in the District. Preschool applications in DCPS elementary schools numbered 1,949 this year, up from 532 only two years ago, while there were a record number of applications overall in the out-of-bounds lottery, the Examiner reported. This includes our fellow THIH’er, Kyra, who, having heard of some shifts in the Peabody list, informs us that her child has moved up 12 spaces to 468. Competition for coveted spots can increase desperate, even fraudulent attempts to enroll one’s pint-sized scholar.

While no one has been openly accused, many a parent who drops off or picks up kids at Hill elementary schools have rolled their eyes about Maryland license plates dropping off kids who don’t live in DC or are suspicious of other local parents who may have entered the lottery multiple times to gain a slot. We hear it all here.

But there are attempts building to ferret out or address any unfair play by our civic leaders, have no fear.

Under the pending legislation, the Office of the State Superintendent for Education would investigate and the DC’s AG  office would enforce.

“I believe that as demand for limited spots in coveted schools increased, there is  more of an interest in slots going to residents that pay taxes,” said Ward 6’s representative to the DC State Board of Education, Monica Warren-Jones.  Warren-Jones feels the fines should even be steeper than they are in the bill.  Still, at a couple of thousand, they may not ever get paid. At least DCPS hasn’t been able to, for whatever reason, collect  fines in recent years from among those families caught.

“Nobody knows the extent of this. There are a number of reported violations. We do need to know the extent of this problem,” said Warren-Jones.  “It is definitely an issue. Enough people who are making note of it. The onus should be on the state to figure out how much of this is really going on.”

Under the bill, anyone who passes on false information would be liable, as well.

DCPS confirmed information first published in the Washington Post — that the DCPS residency office investigated 487 students between 2007 and October 5, 2010, and a little less than half (235) were determined to be nonresidents. Nonresident tuition is upwards of $9,000.

“Our number one priority is to ensure that District students have every educational opportunity possible. We want anyone who gains access to these options by providing false information to know that we take residency fraud seriously and are providing schools with the tools needed to enhance enforcement activities,” said Chairman Brown in a statement to me.

For its part, DCPS notes that its “robust computer data system” ensures that the information submitted through the lottery process is accurate, according to its spokesman.   That system is further supported by a vetting process in the central office designed to, among other things, find any discrepancies such a multiple entries for the same child by different caregivers.

“In rare cases in which a student gets a seat at a school based on false information, we rescind the offer and the student’s name is placed at the bottom of the waiting list,” the spokesman said.

“Ward 6 schools with preschool programs have long waiting lists because they are great schools. They offer excellent early childhood education programs that are becoming increasingly attractive to residents throughout the city,” he noted and added the agency’s protection of the the integrity of the out-of-boundary lottery process is of critical importance to DCPS.