Wells Calls Those Concerned About Crime to PSA Forum 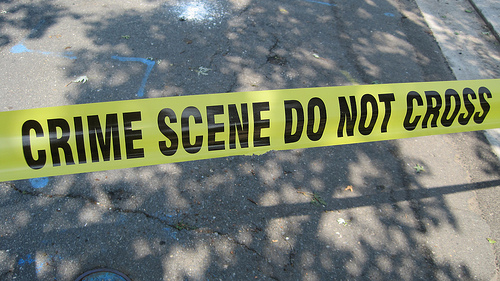 “While crime in general has gone down in Ward 6 – if you’re the victim, any crime is one too many. And like you, I believe no amount of crime is acceptable in our community,” Wells wrote.

He’s right, as judged from the emotional toll taken after a violent crime and the recent outcry following an attack on a woman unrelated to a robbery or other motive other than inflicting pain. For many, the reports of a decrease in crime do not assuage the feelings of outrage or fear that occur when a violent crime does happen close by, and actually make people angrier that their concerns are not being addressed.

“What was particularly troubling about the recent violent assault on Sunday – where a woman carrying her groceries home was the victim – was the inexplicable and random nature of the violent act for no apparent purpose. Nothing was taken.  This is a type of crime that is difficult to predict or prevent.  Once caught, I believe the attacker should be dealt with severely,” Wells said.

There were three incidents around the same area in two days. A shooting around 12th Street SE and I Street SE, for which I do not have clear details, the assault on the shopper, and then a robbery Monday. This third incident was in the 1200 block of Pennsylvania Avenue SE and robbery was the clear motive, police said.  At this time the shooting does not appear to be related to the assault or robbery, MPD-1D Commander David Kamperin told me. “Also, the robbery and assault – although they involved multiple suspects, its unclear if they’re connected at this time… At this time we have some leads but no arrests,” he stated.

Wells noted he  recently conducted a tour with residents from Jenkins Row accompanied by MPD to look at ways to make Pennsylvania Avenue from Jenkins Row safer by assessing lighting, cutting back trees and asking neighbors to keep their porch lights on, in addition to an increased presence.

Wells said he is  meeting with the Housing Authority regarding the housing projects Potomac Gardens and Hopkins to improve video surveillance, improve security and support the efforts of MPD.

The Councilman, who created a juvenile crime task force to deal with crimes perpetrated by high school students or older teens, noted that new legislation, yet to be signed by the mayor, will give authorities “far more information about youth committing crimes so we can intervene where they live and with their families.”

Meanwhile, Guardian Angels are on patrol today on and around the 1300 block of Pennsylvania Avenue SE because of the attacks. John “Unique” Ayala  of the organization  noted on the MPD-1D listserv, something for which  Police Chief Cathy Lanier publicly thanked him on the  same listserv.