Keep Calm and Get Vigilant: A Look at the Crime “Wave” 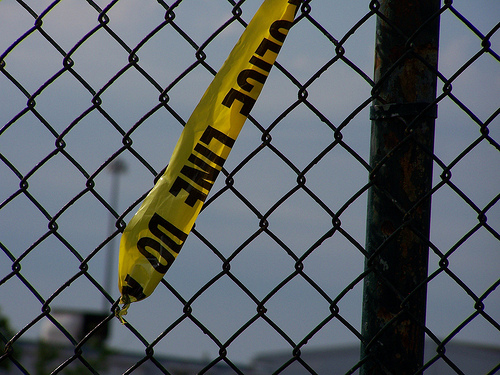 As more outlets have started to cover our little area of the city, crime news seems to be increasing in a way I’m not sure reflects the rate at which crime is actually increasing. On one hand, it is important for us to know what is happening around us so we can be reminded to be careful and observant, and local sites like Hill Now and Hill Rag are doing a great job of covering breaking news.

On the other hand, I worry that portraying our recent “crime wave” as a significant increase in crime, as suggested by some other sites, can create the false impression that Capitol Hill is not a safe place to live. I, for one, feel safer living here now that when I was a child here in the 1980s. I see more people on the streets, better lighting, fewer vacant buildings, and more community activism.

Should I dismiss the idea of calling this a crime wave? Is this a typical seasonal spike? I decided to do a little digging.

Crime On and Near Capitol Hill

I ran the numbers for violent and property crime in the First District and found that while violent crime is up from this same period last year (442 reports compared to 384 in 2014), total annual numbers have decreased every year since 2011 until now. In 2011, there were 835 reports of violent crime, and in 2014 there were 642, a 26 percent decrease. (I’d go back further than 2011 but the MPD database does not go back that far.)

Property crime is another story: it has steadily increased from 4,581 reports in 2011 to 5,736 in 2014, a 22 percent increase. I’d speculate that the increased use of smart phones and other personal electronics is a likely contributor, but only one of many.

Breaking things down by month and comparing it to last year, we definitely seem to see the least amount of violent crime in January, February, and March. This year, violent crime reports were lower in January and February than in the previous year. However, the numbers jumped in March from 41 reports to 63 reports, and in April from 52 to 70 reports.

Is This A Crime Wave?

The numbers indicate that crime is, in fact, increasing when compared to 2013 and 2014. But is it a crime wave? I reached out to First District Commander, Jeff Brown, via email but have not heard back. In the absence of a response from our local police, I’ll say that wave or not, it is unsettling that violent crime is up from last year.

I still resist calling this a crime wave but do think that this is a spike that calls for community and city action. I also think there need to be changes made to keep repeat offenders off the streets given that more than 10 percent of this year’s homicides involved violent offenders who had been released from jail.

However, remember that this increase in crime is not unique to the First District, or even to D.C. And while there is a need for increased vigilance, I do not think that Capitol Hill is, or is becoming, a dangerous place to live.

Earlier this month, Washington City Paper looked at the recent crime increase on a city-wide level and found that we are actually seeing a historically low rate of violent crime. Reporter Andrew Giambrone’s article looked at a recent study by the Urban Institute that found that “[f]rom 2000 to 2013, homicides in D.C. dropped nearly 60 percent, while aggravated assaults and robberies—other common forms of violent crime—saw roughly 27.5 and 6.5 percent declines, respectively.” Keep in mind that numbers can be read in many ways: Giambrone reminded readers that the District’s “population has increased substantially, even in the last four years, and will affect any statistic measured per 100,000 people.”

But, as noted earlier, an uptick in crime is, in fact, being seen in a number of major cities. WAMU reported that homicides are up 25 percent from the same time period last year and “the city is on pace to record its most homicides since 2008.” In the First District, however, homicides are down compared to this same time last year.

Giambrone explained that “one possible explanation for D.C.’s recent uptick in violent crime—roughly 20 percent in total—is the season: Summer tends to see more violence than the rest of the year because more people are out on the streets…There have also been a growing number of homicides related to domestic violence in recent years; they increased from 9 in 2012 to 17 in 2014, a nearly 90 percent jump.”

D.C. is not the only major city to see an increase in crime this year. Last month, NPR reported: “Crime in America may be on the rise again. It’s too early to talk about a national trend, but there have been troubling spikes in shootings and murders in big cities such as New York, Baltimore and Los Angeles. Until recently, crime decreased steadily for two decades, and the national murder rate is half what it was in the early 1990s — so police departments are under pressure to crack down.”

USA Today also looked at numbers across the country and found “The number of murders in 2015 jumped by 33% or more in Baltimore, New Orleans and St. Louis. Meanwhile, in Chicago, the nation’s third-largest city, the homicide toll climbed 19% and the number of shooting incidents increased by 21% during the first half of the year.”

One bad year doesn’t necessarily mean that we are facing a new trend of increased violence, but no one wants to wait around to see if this year is simply an outlier. Police chiefs from around the country came together in DC earlier this month for a summit to discuss the crime, but “they haven’t pinpointed what’s causing the spike in violence.” Fighting crime is a tough job and a lot of factors can play into a large or small spike. And not everyone agrees with the list of likely factors of this recent spike in crime. The labor union for D.C. police is increasingly vocal in their assertion that Chief Lanier’s policies are hindering their abilities to effectively fight crime.

What Should We Do?

One of the best deterrents to crime is to make it clear that the neighborhood is full of people who are watching and paying attention. If you walk the neighborhood with your head up (read: not looking at your smart phone), it’s much more obvious that you are paying attention to your surroundings. This makes you less of a target and makes would-be thieves think twice about breaking into a car or house.

If you see something, say something. Stop by the local sub station to report suspicious activity, or call 911. And if you don’t get the desired response, bring your concerns to local officials. ANC commissioners can help you get through to the right people, as can Councilmember Allen’s office.

Attend your monthly Police Service Area (PSA) meeting to get to know your local Captains and Lieutenants. They really do want to hear from you! You know the problem streets or corners best, and they need to hear from you about where their attention should be directed. Find your local PSA here.

Another open opportunity for crime is a poorly lit street. If you see street lamps out, or an alley that needs better lighting, report it to the city and get your local ANC commissioner to help make sure the city responds. Find out who your ANC commissioner is here.

I wouldn’t mind seeing the city create a map for crime that is like the new Vision Zero map, which lets residents map the most dangerous streets in the city. A similar map for crime could help us map the streets that are too dark or have continued issues with issues such as loitering. We all know of a number of Capitol Hill blocks that could use some attention. A tool like that would help us let the city know where to focus efforts.

Let’s get the conversation started now. What efforts do you see working? What is being ignored? How would you like to get involved in making Capitol Hill an even better place to live?

4 responses to “Keep Calm and Get Vigilant: A Look at the Crime “Wave””