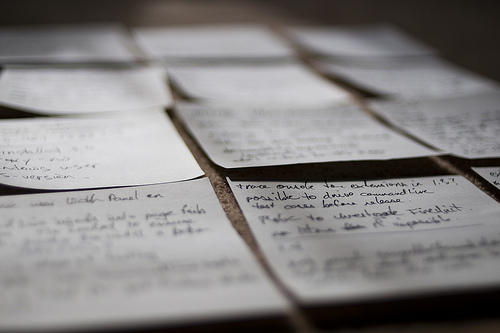 In case you decided to spend your Mardi Gras in a more entertaining way than sitting through the ANC6B meeting, here is what you missed…

First up, there will be a meeting tonight from 7 pm – 8:30 pm at Tyler Elementary School (located at 10th and G Street, SE) for the community to discuss the fence at Potomac Gardens.  This is a continuation of a discussion that became a renewed focus after a series of crime issues last fall.  The meeting is hosted by Councilmember Tommy Wells, DC Housing Authority Director Adrian Todmann, and the Potomac Gardens Resident Council.

The quick summary of what was discussed last night: The ANC voted to support Xavier Cervera’s liquor license request for Pacifico but are moving forward on a formal protest of the license request from 8th Street Bar and Grill.  The ANC needs to weigh in on the newest Hine development sketches for historic preservation consideration; a special meeting has been scheduled for March 15th to allow for plenty of time for community comments.  The Retail Mix Task Force completed its report to the ANC with recommendations, including a recommendation to not seek a liquor license moratorium for Barracks Row.  And the ANC is looking into transportation issues, including the Performance Parking Pilot Program.  They may consider expanding the program’s boundaries and are recommending improvements for the parking lot under the freeway at 8th and I Streets, SE.

The big item of discussion from the ABC Committee’s report was the liquor license request for Pacifico, Xavier Cervera’s proposed restaurant in the Capitol Hill Video space.  The ANC ABC Committee has voted to approve the liquor license request after a lot of back and forth with Cervera over a voluntary agreement.  The “Capitol Hill United” group — the neighbors off of 8th Street who are protesting the request — expressed their disappointment at this move.  In a move to keep the meeting within a reasonable timeframe, Commissioner Glick asked the neighbors to refrain from statements or questions as the Commission has voted to approve the agreement after lengthy deliberations.  The neighbors will continue to protest the license request as this moves to the city.

The ANC and 8th Street Bar and Grill have been unable to reach an agreement so their request is moving onto the city with a formal protest by the ANC, scheduled for March 30.  The issue, for anyone who has not been following, is that the 8th Street Bar and Grill has requested a tavern license and entertainment endorsement, which is a rare thing to obtain on 8th Street.  When the ANC moves to a full protest, it is generally advised to hire legal council, which costs $3,000.  The cost is being shared by other protestants in the immediate area who are business owners and property owners, so the ANC’s share is expected to be $750.  It was explained that the point of bringing in legal council is so that if the ANC loses its protest, their recommendation to the board will be on the record.  This is the first time in years that the ANC has gone all the way to protest, which is why we have not heard of this happening recently.

The Hine development project was on the agenda but really only to vote to hold comments for a special meeting scheduled for March 15th.  The issue on the table right now is the historic preservation review, so the commission is asking that community comments be restricted to that issue.  There are a number of steps to go for the developers, and I suspect that the current designs being passed around right now will change numerous times before ground is ever broken.  Please attend the community meetings and catch up on the background so you can weigh in!

Two hours in and we finally got around to the Retail Mix Task Force Report…which the commission will review and consider at the next meeting (hopefully; a few commissioners mentioned wanting even more time to review it).  The entire report can be read on the ANC’s website, and you can catch up on the history of this in our archives.  I was a member of this Task Force and would be happy to answer any questions.  You can read a full history of this in our archives.  Ultimately, the Task Force has recommended that the ANC not pursue a liquor license moratorium on Barracks Row and consider a number of recommendations on improving parking, safety, and other quality of life issues around our neighborhood’s commercial corridors.

DDOT wants to expand the Performance Pilot Parking Program to North Carolina Avenue to allow for the Eastern Market area to benefit from the proceeds.  BRMS, CHAMPS and the ANC have a number of recommendations for the parking lot under the overpass and are looking into the options — and impact — of expanding the boundaries to East Capitol Street and 11th Street.

In the discussion about the possible expansion of the parking program, as well as special parking restrictions around areas like the Marine Barracks, it was clear that neighbors have felt that this process has been far from transparent.  I know that when my block was included in the first round of the pilot program, we were given no notice of any community meetings or opportunities to ask questions or express our opposition to it.  My commissioner at that time was terrible at reaching out, and it is an example of why it is important to contact your commissioner.  Most have email lists set up, and you simply need to ask to be included.  If you are not already on your commissioner’s email list, please contact them so you don’t walk out your front door one day to find some big changes on your block that you were not expecting.