Updates from your ANC commissioners 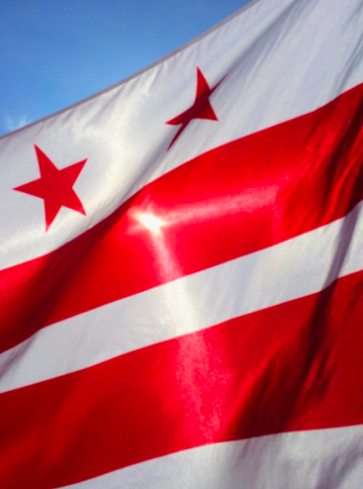 The DC flag. Photo by María Helena Carey, via Instagram.

We periodically share updates from your ANC commissioners, edited for brevity and clarity. Although these are most pertinent to particular single member districts (SMDs), we feel the information shared can be of interest to the whole Capitol Hill community. Are you an ANC commissioner who shares regular updates? Add thehillishome@gmail.com to your distribution list, please! –María Helena Carey and Kate McFadden

As the Washington Post and several other outlets have reported, there is a push to include a provision in the year-end congressional spending bill. Please consider signing the petition, linked below. There is a petition (copy below) circulating in opposition to using public funds or land to rebuild an NFL stadium on the site.

“As a DC resident, I am against a deal that gives away a single square foot of land or a single District tax dollar to build a new stadium for billionaire NFL owner Dan Snyder.

Dedicating millions of dollars to bring an NFL stadium to the District is a bad deal and a poor use of an incredible opportunity.

Lastly, consider becoming a Snow Hero this winter by agreeing to shovel for a neighbor in need of some extra help. Volunteers can pick up free shovels from the ServeDC office downtown (see details below).

We want to thank those of you for demonstrating your #DCValues by volunteering to remove snow for a senior or resident with access and functional needs. If needed, we want to provide you with a shovel, and a “We Are DC” beanie hat, (while supplies last).

There may be snow in the forecast soon. We hope you have registered for the DC Volunteer Snow Team and taken a moment to Adopt-A-Senior (or two) in your neighborhood. For a step-by-step guide, check out the Volunteer Orientation video HERE. .