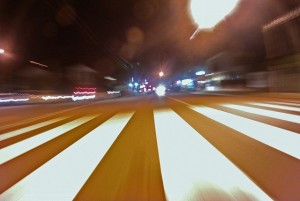 Wednesday morning at approximately 9 a.m. a male pedestrian was hit by a car on East Capitol Street near 4th Street.

According to Captain Michelle Williams of the First District of MPD, the investigation of the accident was referred to the Major Crash Unit as the man who was struck was taken to the hospital with serious injuries.

Data on pedestrian accidents and fatalities is frightening. The US Department of Transportation reported more than 76,000 people in the United States were struck by cars in 2012. And here in metro area, there was an uptick between 2012 and 2013, with a local average of 2,600 pedestrians and cyclist being struck.

Capitol Hill is community of walkers. There are generous crosswalks and dozens of signs reminding drivers intersections are designed for pedestrian safety. With the numbers of lights and stop signs on our streets it often feels like it would be unlikely a vehicle could build up enough speed to be of danger. Don’t be fooled.

That said, please take caution behind the wheel and on our sidewalks and crosswalks.