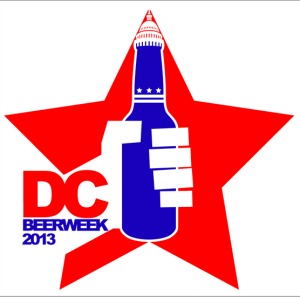 It seems the organizers of DC Beer Week are giving you every opportunity possible to sample one-of-a-kind beers. With so many tastings and samplings going on this week, we had to recap them here.

Maybe you want to learn how to make beer, or maybe you just want to binge on all-you-can-eat tacos and beer. Whatever you choose, by the end of the week, there’s a good chance you may also have a hangover. Happy drinking!

Tonight, eat locally-grown food and locally-brewed beer. Head to Beuchert’s Saloon for their Port City Beer dinner. It’s a regressive dinner that starts with their original and heavier Porter and gradually works on down to lighter beers, like their Optimal Wit, a Belgian wheat ale.

Or, maybe you are working up an appetite for tonight’s Star and Shamrock matzo ball eating contest. Contestants have until 6 p.m. tonight to sign-up at the bar. The matzo ball champion wins a trip to New York and a tour of the Schmaltz brewery. Even if you’re not down for a soup chugging contest, swing by the bar this week for tap takeover. The bar is featuring a variety of Schamltz beers, a self-described “He’brew” gourmet kosher beer.

On Wednesday, Smith Commons Chef Frederik De Pue prepares strip steak and brisket that pairs alongside Boulevard Brewing Company from Kansas City.  Their summer seasonal — ZON — which is a Belgian-style ale, and their Single-Wide IPA will be on tap.

Across the street on Wednesday, Granville Moore’s is cooking up a hefty beer dinner for $55. Come hungry because this six course meal looks pretty intense. The night starts with mussels on the half shell topped with a bacon hash, followed by main dishes like soft shell clams and short ribs with tater tots. And, if you make it to dessert, you’ll be eating a bourbon peach cobbler. Just be sure to save room for beer. Each of the six courses features a different Belgian beer.

We all love taco night at The Argonaut. Well, this week it’s a very special taco night for DC Beer Week. On Wednesday, stuff your face with all-you-can-eat tacos and all-you-can-drink Flying Dog beer for $25 from 7-10 p.m.

DC Beer Week’s marquee event is on Thursday night, when craft brewers and drinkers head to Nationals Park for a special party. Tickets to the event are $55 and you must be 21+ to attend. Your ticket gets you a seat in the scoreboard pavilion to see the Nats take on the Giants. Skip the $8 Miller Lites and head to the postgame party afterwards for a two hour sampling of craft beers, like DC’s own 3 Stars Brewing. And, there’s added incentive: your ticket also gets you a Shake Shack burger and fries.

More interested in the process of beer making? DCanter is where you should be on Thursday night. The focus here is on craft brewing rather than the shop’s specialty wines. This beer drinking 101 class is being led by Chris Van Orden, an editor with DCBeer.com. Tickets are still available for $25.

On Friday, Union Pub is hosting “Frikin Friday” where they will crack open cask ales from Devil’s Backbone and Tröegs. Plus, there’s a glass giveaway.

If you can’t commit to a particular event, all week long at Hanks on the Hill, the restaurant is offering a bucket of San Francisco’s 21st Amendment beer for $21.

Finally, to end your boozy-filled week, head to Boundary Road on Sunday morning for their “hair of the dog” brunch. Boulevard Brewing will be pouring their Test Nelson Grape Ale, a golden ale beer with muscat grape juice.

Oh, and maybe you’re one of the lucky few who scored tickets to the DC Beer Week’s closeout event at Bluejacket brewery. This is the first opportunity to tour the brewery at the Southeast Waterfront’s Boilermaker Shops. Beer director, Greg Engert, and Brewmaster, Megan Parisi, will be leading tours, and Chef Kyle Bailey from Birch & Barley will barbeque on the lawn. This may very well be the hardest ticket in town this weekend.