East Side of Lincoln Park Set to Close for 90 Days 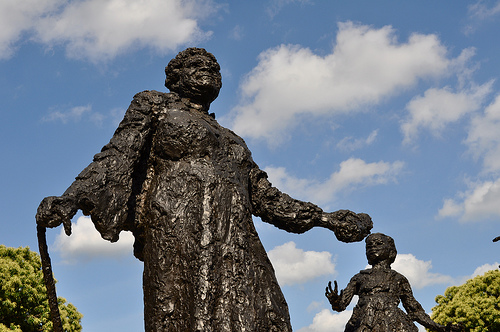 On February 25, 2013, the National Park Service will shut down a large portion of the eastern side of Lincoln Park for a large-scale repair/rehabilitation project.  The closure is scheduled to last 90 days (until May 27th).  This, of course, means that just as the weather will start to warm up, both playgrounds, the large grassy areas in the center of the east side of the park, and the Mary Bethune statue will be completely inaccessible.

NPS states that the work will include repairing the interior walkways (the exterior sidewalk around the entire park should not be affected by the closures), installing base mounting in the playgrounds (providing more cushion to falling kids), new fencing, new water fountains, and sorely-needed turf rehabilitation.  When asked at the recent ANC 6A meeting about some of the drainage issues around that side of the park, an NPS representative explained that irrigation issues were not being addressed with this phase, but that was hopefully something to be addressed in the future.

Updates and other information regarding the closure will be posted to the Capitol Hill Parks section of the NPS website and Facebook page.

By Jay Williams      No Comments