This Week Three Years Ago on The Hill is Home 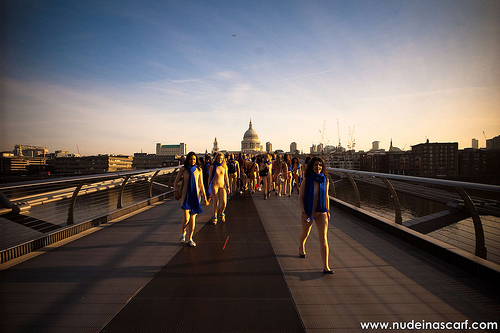 When possible, lead with nudity.

Hill Buzz-doyenne Claudia didn’t disappoint in October 2010, linking to Frozen Tropics and Reliable Source, who reported on a police response to a complaint about naked people running around the Conner Contemporary Art Gallery. Said nudists were, of course, part of an art exhibit.

Greater Greater Washington and Prince of Petworth had a great review of the no-longer-new and much beloved Yards Park. One thing to be thankful that week: when Governor Jesse Ventura was spotted at Capital City Diner he was neither naked or wearing yellow tights, or at least Frozen Tropic kept quiet about it.

Kingman Park was just a dog’s dream three years ago. Kudos to the volunteers from Hill Hounds who teamed with the city to make the park a reality.