The Day After Sandy… 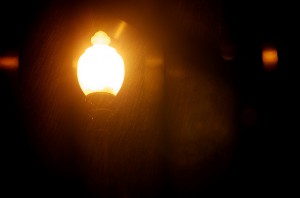 How did everyone do last night?

From the looks of it Capitol Hill fared pretty well in comparison to some of our neighbors to the north, but there’s still plenty of clean-up work from the debris and water damage leftover by Sandy.

“[MPD 1st District] stayed in touch throughout the night and we have not experienced very many major events concerning the storms. In the last few hours, I have driven all over 1D and it appears we have made it through with minor damage only. A few things to report:

– The only intersection in 1D with lights out is 8th & Pennsylvania Ave SE. We have that intersection staffed by 1D personnel.

– There are approximately 12 locations where trees have fallen on unoccupied parked cars, but I am not aware of any structure damage.

I have spoken to a couple folks living on boats in Southwest and no major problems at the moment, they are monitoring the high tide which should occur in the late morning to mid-day.

I took a quick drive-by the Potomac River earlier this morning, and it looked daunting. The river is at capacity and filled with tree limbs and logs floating downstream. The National Weather Service has issued a flood warning for the Potomac until Friday morning. Predictions have the river at flood stages not seen since 1996.