Get the Scoop on Local Development 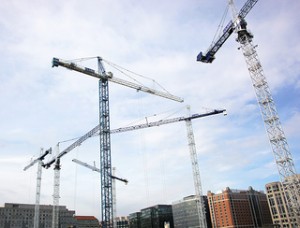 Wondering what’s going on with all those development projects you’ve been hearing about?  Or what might be on the horizon?

Next Tuesday, CHAMPS – Capitol Hill’s Chamber of Commerce, is hosting an evening series on real estate development in and around Capitol Hill.  Co-hosted with the Capitol Riverfront, NoMA and Capitol Hill BIDs and Barracks Row and H Street Main Street organizations, and with guest speaker Councilmember Tommy Wells, the series will focus on sharing with the community current and upcoming development projects throughout the area.

Ward 6 received the most development assistance from the DC government of any other ward last fiscal year.  Plus there’s plenty of private investment around the neighborhood, too.  Come see how all this cash is being used.

The events are FREE and all are invited to attend.  Their full announcement is below and additional details are on the CHAMPS event page.

CHAMPS – CAPITOL HILL’S CHAMBER OF COMMERCE, ANNOUNCES AN EVENING SERIES ON REAL ESTATE DEVELOPMENT ON AND NEAR CAPITOL HILL

Councilmember Tommy Wells to Speak at Both Programs

Both programs will feature presentations highlighting various development projects, and guest speakers will provide development overviews of the subject areas and the projects.  Councilmember Tommy Wells will speak at both programs.

The first session, on development activity south of East Capitol Street and east of South Capitol Street, will be held Tuesday, April 17 at 7:00 PM.  The second session, featuring developments north of East Capitol Street and east of North Capitol Street, will be held on Tuesday, May 8 at 7:00 P.M.  Both programs will be at the renovated former Meader Theater at 535 8th Street, SE.  This venue is generously being made available by the National Community Church.  The sessions are being coordinated and led by Jacques DePuy and other attorneys of the Washington law firm Greenstein DeLorme & Luchs.  No admission fees will be charged for these events.

Please plan to join with CHAMPS and attend one or both sessions.