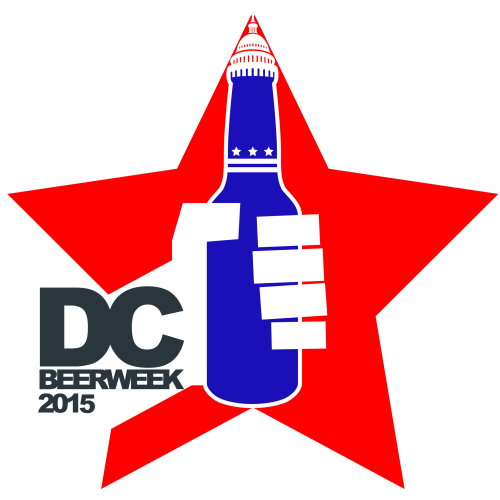 DC Beer Week is back and there are a ton of events happening right in our neighborhood. If you haven’t participated in the past, the week-long event aims to educate consumers about “good beer” through events and seminars all over the region. It’s “a celebration of good beer in the National Capital Region from conception to consumption and everyone and everything in between.”

We’re fortunate to have a number of excellent local breweries, and they are all included in the celebration. You can see all of the events here, and the Capitol Hill area events below. And because everything is more fun with a hashtag, follow @DCBEERWEEK on Facebook, Twitter and Instagram, and add the hashtag #DCBW2015 to your posts.

5pm at The Dubliner (address): “If you didn’t get a chance to try Port City’s very first barrel-aged beer at our Tasting Room, please come try it at our partner’s restaurants on Monday, August 10. Here’s the lowdown: we collaborated with our great friends and supporters of local beer at Sixth Engine, the Dubliner and Town Hall to make a Woodford Reserve Barrel Aged version of our GABF winner Colossal ONE. This Belgian-style imperial stout is incredibly delicious on it’s own, but the aromas and flavors of oak, coconut, and whiskey take it to the next level. Don’t miss this one time tapping… this beer, as it currently is, will never be made again!”

6:30pm at Boundary Road (414 H Street Northeast): Ever have a beer that didn’t taste quite right, but you couldn’t say why? Never again! Boundary Road Beverage Director and Certified Cicerone® Tim Prendergast will explain how to identify some of the most common off-flavors found in beer, as well as probable causes and prevention techniques. **Please note that this event is SOLD OUT.

Tuesday (Updated: The Capitol Lounge even is only taking place on Monday)

“In a city built on governmental institutions, should we be surprised that the law also affects our libations? Hear from local and national figures on the pressing beer issues of the day and where legislative attention is currently being placed. Last year’s panel focused on the success of DC’s nascent pint law, what other policies are on the table that could expand, or contract, the reach of small breweries?” First come, first served seating; beer and food ordered a la carte.

@Sixpoint on the Hill at @UnionPub

6pm at Molly Malone’s (713 8th St. SE): DC Brau Brewing Company, Atlas Brew Works and Molly Malone’s are proud to team up for this special event, raising awareness and money for ALS. They are working with Bottoms Up to Down ALS in the loving memory of Joe Truman Sparks. Join them for a night of great friends & delicious food and beer, to help raise awareness and support of ALS research. Enjoy the musical stylings of Mr Blonde – D.C.’s 90s/2000s Rock Cover Band, who will keep us grooving all night. $10 entry to the event includes your wristband, good for one beer, one DC Brau signature can glass and a Raffle Ticket to win a fantastic prize package. Additional tickets may also be purchased as well. 100% of all proceeds go directly to Bottoms Up to Down ALS. We will also have great food and drink specials, with an additional portion of all beers sales being donated as well. If you can’t make the event, you can still donate here: http://als.net/ Ticket Price: $10

11am at Bluejacket (300 Tingey Street Southeast): To cap off a week of phenomenal DC Beer Week events, we are going to cut the ribbon on Bluejacket’s new Bottle Shop & Tasting Room, located adjacent to the brewery and restaurant, on Saturday, August 15th,beginning at 11am and running until 4pm. This is the perfect opportunity to visit the renovated space, sample some classic, vintage and rare Bluejacket brews on draft, and shop our expanded bottle selection.

For this special occasion, our brewing team is busy bottling some of the season’s best suds, and you can expect a bevy of our rarest bottles on the shelves for the occasion, some of which have never been released before (including Whiskey Barrel-Aged Mexican Radio!). We will have no fewer than 20 different Bluejacket brews available by the bottle for this event, and you can check out the list below for what we have in store, and check back for further updates as the event approaches!

Additionally, we’ll use the occasion to kick off ‘Snallystakes’ as we hit the 1 month mark for Snallygaster 2015. We’ll be selling tickets to the event (deemed the “Best Beer Festival in DC”) at Bluejacket throughout the day, giving away 2 VIP tickets (which are nearly sold out); and entering guests for a chance to win the ‘Snallystakes’ Grand Prize, which includes transportation for 6 to Snallygaster aboard the deluxe Snallymobile, a special pre-event Brunch at Bluejacket, 6 VIP Passes, exclusive Snally merch, Bluejacket bottles & more!