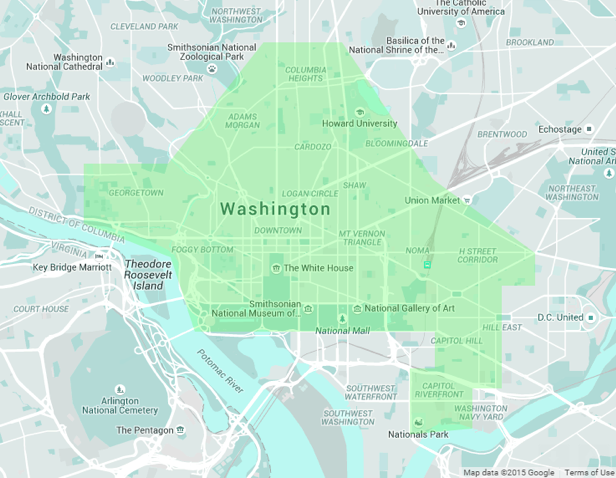 If you lived in DC before the advent of Uber and Lyft, you may remember when it was hard to impossible to get a taxi to drop you off past 14th Street, especially if you are a minority group. WUSA-9 investigative reporter Russ Ptacek did an exposé a couple years ago on taxi riders who were refused service by cabbies when they wanted to go east of the river, especially if they were black. As a matter of fact, Ptacek’s series came about just as Uber was battling the DC government to become a legitimate alternative to taxis.

My how the times change! Today a new startup called Split –which has been around only since May!– is expanding its service to cover Hill East, the H Street corridor, the ballpark/Yards Park/Capitol Riverfront area. Split works similarly to other hired-ride services, but it has the added benefit of cutting costs by sharing rides. Here at The Hill is Home we welcome the new service and hope they will soon expand to cover all wards! From the press release:

The smarter shared ride service launched in May in the core of downtown Washington and the company has continued refining operations and its proprietary routing algorithm to improve and expand service.

Since its launch, the company has seen 25-50% week-over-week growth in rides.

Split CEO Ario Keshani noted, “Split is all about providing affordable transportation – and access – to Washingtonians. With the numbers of downloads, registrations and rides exceeding our expectations, we knew it was time to expand and make Split available to more communities and more people.”

This expansion is a 25% increase in coverage for the company after only being in operation for 6 weeks. Beyond the inclusion of Hill East and the Navy Yard, Split is planning expansion to the neighborhoods of Petworth, Glover Park, Cleveland Park and to American University over the course of the summer.