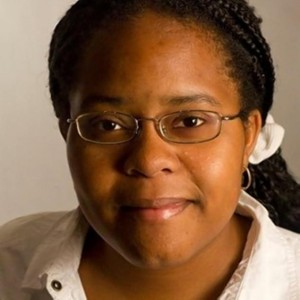 On Wednesday June 3, 2015, at 7:30 p.m., the work of slain Capital Community News Reporter Charnice Milton will be commemorated by a silent vigil attended outside Washington Seniors Wellness Center located at 3001 Alabama Ave. SE.

Participants in Wednesday’s event will gather in concentric circles around copies of the Hill Rag and East of the River newspapers containing Charnice’s contributions. They will join hands and stand in silence for 20 minutes to reflect on the meaning of her work.

Attendees are asked to arrive by 7:15 p.m. Ushers will be available to guide them to assigned places.

Last Wednesday night, Ms. Milton was murdered on her way home from an assignment in Ward 6. “Not only did they gun down a young woman, they also silenced a reporter,” stated Andrew Lightman, Managing Editor of Capital Community News. Milton was a regular contributor to the company’s East of the River and the Hill Rag newspapers. “I think it’s a real loss not only for her family but also the communities that she covered. She was one of a handful of reporters across the District who was looking at the nuts and bolts of everyday life.”

“Charnice told our stories,” stated Maceo Thomas, a neighbor and a fellow contributor to East of the River. “She reported on many of the grassroots issues that we don’t see in the major media. She was brave and asked all the right questions. And she had such a wonderful spirit. Her loss is devastating on so many levels.”