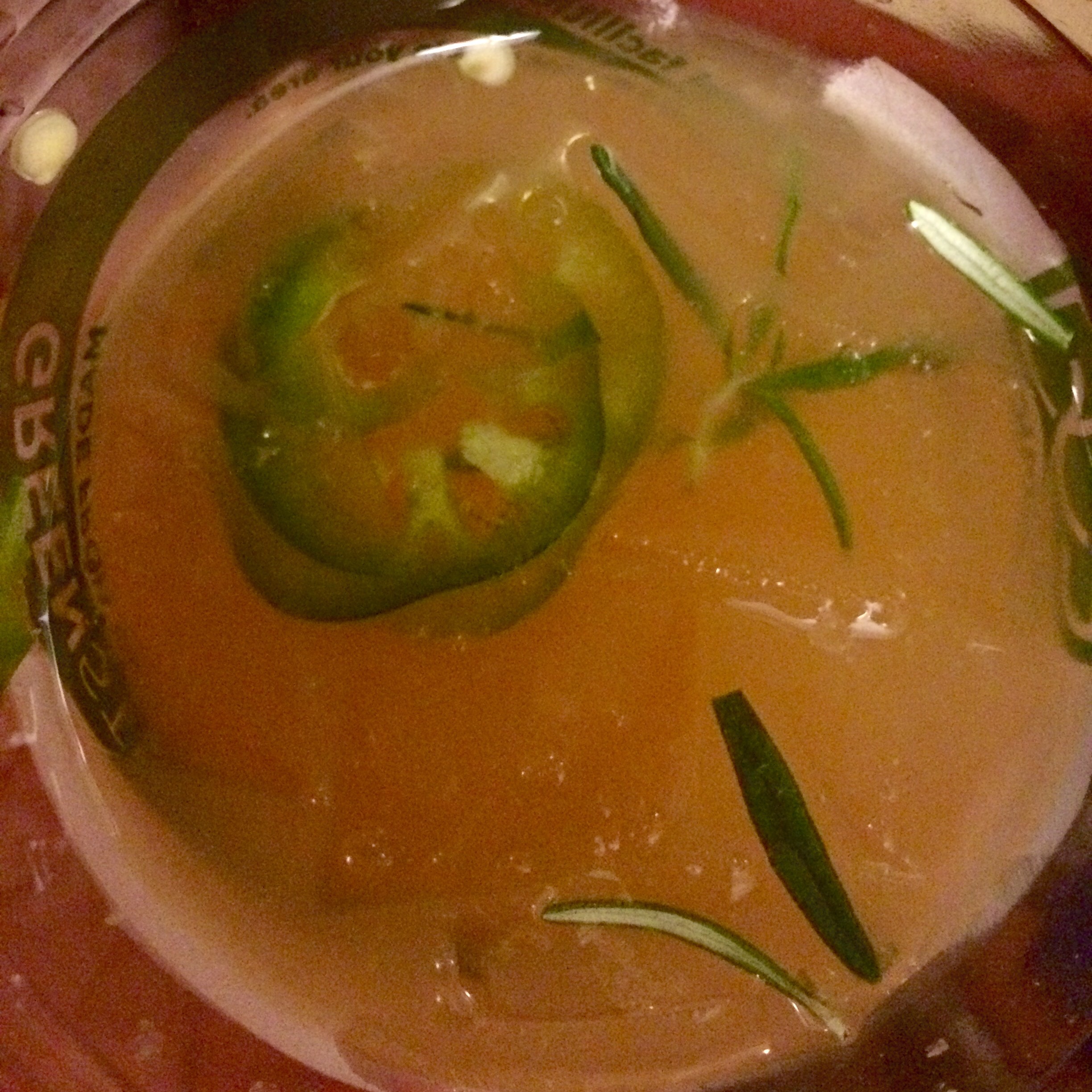 The NOLA Swingers, garnished with rosemary and jalapeños. Photo by María Helena Carey.

Last night, a packed house filled the Abraham Lincoln hall at the Hill Center to listen as Bonny Wolf led Chef David Guas through an entertaining talk. Topics covered ranged from Guas’s love of grilling and his new book Grill Nation, to the giddiest and most exciting elephant in the room: Bayou Bakery‘s new digs at the Hill Center carriage house. After almost two and a half years of planning, designing and working to preserve and honor the carriage house, Bayou Bakery will open its doors as soon as next week, although the exact opening date is still being kept a secret.

Guas was endearing and entertaining, talking about how Capitol Hill chose him, rather than the other way around, to open his newest restaurant. He had already fallen in love with the neighborhood, which he likened to New Orleans’ French Quarter, with its charming architecture, wrought iron fences, and,  jokingly, the potholes on the street. During a visit to friend Gina Chersevani’s home, Guas was intrigued by the small building to the west of the Hill Center. Shortly afterward, he grabbed Nicky Cymrot’s business card. The rest is about to become delicious Hill history.

The menu, which includes vegetarian/vegan options as well as gluten-free offerings, is straightforward and very similar to the one in the Arlington restaurant. Guas says that as Hill customers make their wishes and preferences known, he will ensure the offerings –always made with trusted, premium ingredients– are tailored to the neighborhood. It is my sincere hope that boozicles is one of the staples that makes it to the neighborhood must-haves, but I am very biased. (Also, check that photo credit, you guys!) Last night, apart from adorable biscuits with country ham, deviled eggs, and zesty pimiento cheese-topped crackers, Bayou Bakery served NOLA Swingers (both with and without bourbon) to the attending crowd. The pretty-hued punch has jalapeño heat and could become a new brunch staple for Hill residents. In addition to breakfast/brunch fare (and obviously beignets!), Guas promises fun and unique events such as a southern-style peanut boil.

As one attendee summed it up, “We live a block away. [Bayou Bakery’s opening] is like a dream to me.”