Feel Strongly About Historic Preservation? These Are Your People! Dick Wolf Memorial Lecture Scheduled for March 27 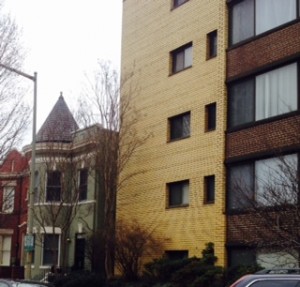 Do you get a sick feeling in your stomach when you see a demolition ball ready to swing on Capitol Hill? Or perhaps you’re more of an “out with the old, in with the new” thinker? Either way, it’s hard not to notice the more anomalous houses and office buildings that occasionally pepper rows of Victorian, Wardman and Federal style homes that feel relatively untouched since the turn of the 20th Century.

On Friday, March 27 at 7:00 pm, the Capitol Hill Restoration Society will host the first annual Dick Wolf Memorial Lecture at the Hill Center, 921 Pennsylvania Avenue SE. The lecture series is named in honor of the distinguished preservation activist who served for many years as the organization’s president. William King of the Georgetown University Law Center will address the question whether city officials are given too much latitude regarding demolition of historic properties.

The work of historic preservationist in our neighborhood is a large part of why it retains its charm and it’s sure to be a thought-provoking talk. The lecture is at 7 p.m. and free and open to the public. It will be followed by a panel discussion with Mayor Muriel Bowser’s agent Peter Byrne and former Historic Preservation Review Board chairman Tersh Boasberg. The Dick Wolf Memorial Lecture will be an annual event showcasing excellence in research and writing by a student or intern on urban planning and historic preservation. Mr. Wolf, who died in 2012, was a Hill resident who championed the cause of historic preservation for many years. After leading efforts (sadly, unsuccessful) in the 1970s to preserve a fire-damaged building on East Capitol Street, he became influential in the enactment of laws and regulations that would help preserve and protect old buildings in the city. His volunteer efforts also helped bring about the commercial revitalization of Eighth Street SE, preserve Eastern Market and then help rebuild it after the 2007 fire.