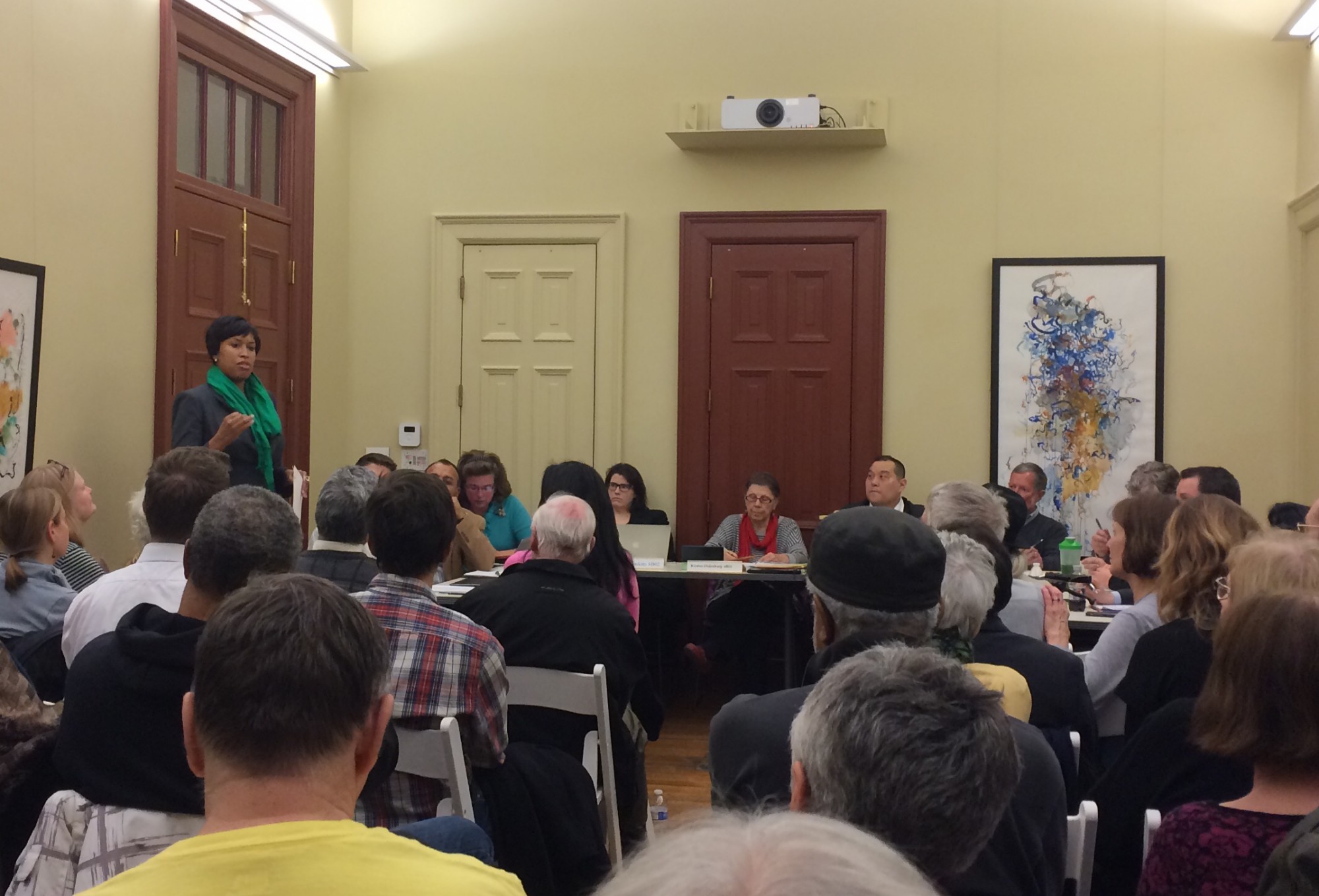 While not on the agenda for last night’s ANC 6B meeting, Mayor Muriel Bowser stopped by to update the ANC and community on her administration’s activities on her first several weeks in office. She also took the opportunity to answer questions from the ANC commissioners and community about Ward 6 issues such as the Hine School development, DC General, Potomac Gardens, and the streetcar.

Let’s start with the streetcar, which no longer has a deadline to start running. Mayor Bowser expressed her frustration at the process to date and the fact that H Street has been a “guinea pig” for too long. She stated that she has ordered an independent peer review and her team will not let the cars start running until they are confident in the system’s safety.

Another hot topic in our neighborhood is middle schools, which were brought up a number of times. Mayor Bowser gave praise to the Ward 6 community’s work to improve elementary schools and stressed that continued efforts among parents is a key component in strengthening Ward 6’s middle schools. She also stated that she will look to Councilmember Charles Allen, who also attended last night’s meeting, to provide recommendations in this area.

There were also questions about Reservation 13, DC General, and Potomac Gardens. Mayor Bowser stressed how important it is for the development of Reservation 13 to be developed thoughtfully for the neighborhood and the city, and that its future rests in large part on the success of the first development project by Donatelli Development.

In regards to DC General, Mayor Bowser said that the facility is too large to be used as an emergency shelter and she wants to put a focus on identifying longer-term housing solutions and jobs for the homeless. In the meantime, she hopes to see the DC General plan addresses by next winter but acknowledged that it could be longer.

Finally, she stated that despite issues with the Hine school development process, the project is to far along at this stage to intervene. This was not welcome news to some in the room but the topic was put to rest fairly quickly.

Mayor Bowser’s Ward 6 community relations advisors will attend the monthly ANC meetings to help keep her apprised of the most pressing issues for our neighborhood. We look forward to working with them and Councilmember Allen’s office moving forward.