All across the country, including the District, the primary emotion when dealing with schools is angst. Whether about curricula, testing, international comparisons, or whatever, the discussions appear endless and intractable. Fortunately, many schools are forging on on their own, striving to broaden their students’s education without losing track of their primary objective. One school on the Hill, Maury Elementary, has succeeded in this regard beyond anyone’s wildest hopes.

When my son is asked about his favorite subject is at school, his immediate answer is “Think Tank.” And after seeing the Think Tank Expo at Maury on January 23, it is easy to see why.

Vanessa Ford, who is the Think Tank teacher at the school, organized the fair. She contacted 24 different organizations – from the Anacostia Watershed Society to the US Forestry Service – to bring age-appropriate materials, and hands-on learning experiences to the school. 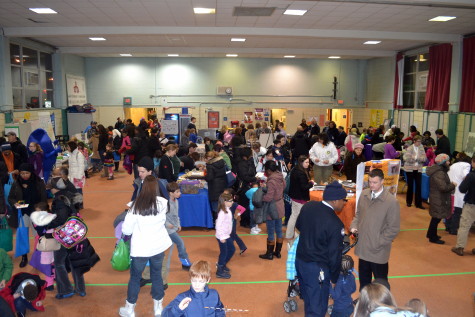 In some cases, Ms. Ford did not have far to look for her exhibitors. Several Maury parents were exhibiting, including Labyrinth, who already have a great presence in the school, both in teaching teachers how to use games in the classroom, and in running aftercare game programs. Ms Sweeney, Maury’s technology teacher, also was there, showing parents – and a lot of students who are not yet taking her class – what it is that the 3rd and 4th graders are up to. 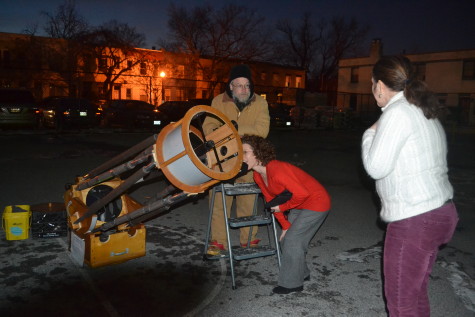 And so, for a thrilling one and a half hours (Much too short, according to one young critic) the kids and their parents could: Look through a telescope at Venus and its moons; try on bee-keeping outfits; build a bird-feeder; try out night-vision binoculars; build bridges with playing cards, and much, much more. 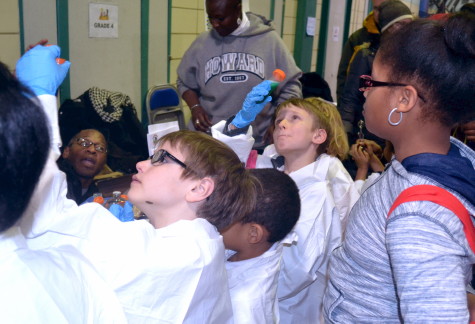 One particularly interesting exhibit was the Johns Hopkins University Applied Physics Lab’s 3-D printing. Particularly interesting was the use to which they put it: instead of spending huge amounts of money manufacturing something that might not fit, they can – in relatively short order – print out a plastic piece that will show them that their new design is correct. 3-D printing technology has thus gone from being an esoteric curiosity to an important part of their work in just a few years. 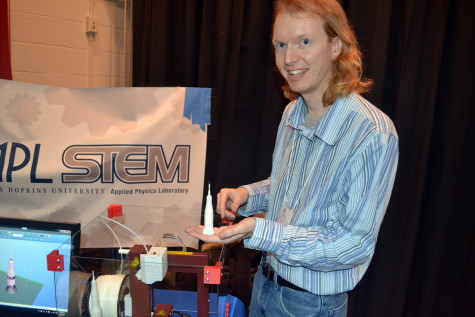 This rocket piece was printed out during the expo. It took 1-1/2 hours to print out. (RSP)

Without a doubt, the exhibit garnering the greatest attention was the one by Flying Higher LLC, who brought in three birds of prey to show to the assembled crowds. Dozens watched in rapt silence as Jo Santiago pulled out her birds and explained how each one uses its superior senses to track and catch prey. One particular fact stood out among the many she mentioned: A red-tailed hawk can read the date on a penny at 50 yards. 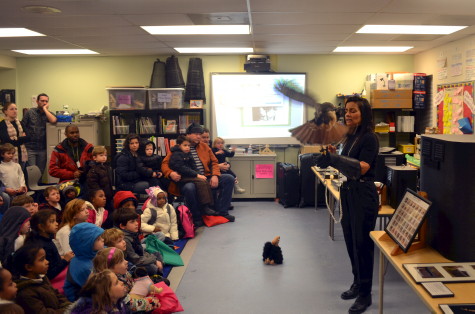 The raptors had their own room; the excitement in the main room would have been overwhelming to them. Here, the Red-Tailed Hawk is explaining that he is, in fact, done for the day. (RSP)

Over 400 people came through the doors, including many from other schools. Hopefully, this means that next year, there will be similar events at other schools on Capitol Hill and across the District. As a means of raising awareness and excitement, it is tough to beat.

Disclosure: I am a Maury parent, and was a volunteer at this event