Who will you vote for in the ANC election? 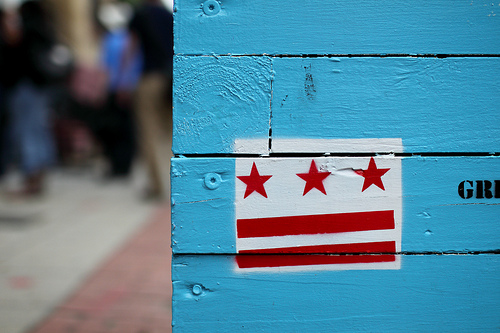 photo by Mr. T in DC

As Tim so eloquently explained earlier this week, your vote may not count for much on the Presidential ticket but when it comes to local elections, it can mean everything.  The Advisory Neighborhood Council (ANC) can impact development in your neighborhood in many ways — for good and bad.  They serve as your voice on city matters, so you really should take an interest in who you are electing.  As in the last election, we reached out to all Ward 6 ANC candidates and offered to post a candidate statement on THIH.  The statements of those who submitted them are below, along with the full list of candidates.  We have also posted this information in our ANC Election 2012 page.  Not sure who your candidates are? go to the DC Citizen Atlas, enter your address and you will find out in mere seconds.

A quick refresher on what the ANC is:  As stated by dc.gov, “The ANCs’ main job is to be their neighborhood’s official voice in advising the District government on things that affect their neighborhoods. Although they are not required to follow the ANCs’ advice, District agencies are required to give the ANC’s recommendations ‘great weight.’ Moreover, District law says that agencies cannot take any action that will significantly affect a neighborhood unless they give the affected ANC 30 days’ advance notice. This includes zoning, streets, recreation, education, social services, sanitation, planning, safety, budget, and health services.  The ANCs also initiate recommendations for improving city services, conduct neighborhood improvement programs, and monitor resident complaints.”

Full List of ANC Candidates for the 2012 election can be found at the DC Board of Elections and Ethics website.