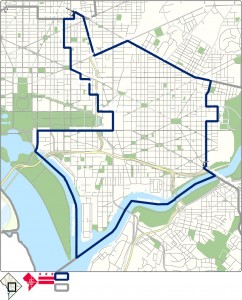 The subcommittee on redistricting has released its recommendations on redrawing the boundaries for each ward, and, as expected, Capitol Hill is slated to lose a chunk to Ward 7.  Eastern High School and Eliot-Hine Middle School will stay with Ward 6, but everything east of 17th Street, including Reservation 13, will become part of Ward 7 if this proposal goes through.  In addition, Kingman Park, which became part of Ward 7 in the redistricting after the 2000 Census, will stay part of Ward 7 despite their calls to be moved to Ward 6.  Near Southeast and the SW Waterfront will also remain part of Ward 6.

The full set of maps and the full report can be found online here and the proposed bill language can be read here.  And if you are only just tuning in and you aren’t sure why this is important, you can catch up on our previous coverage here.

While there is plenty of speculation that this is a done deal, there are still several steps left to this process and several more chances to voice your opinion.

Whether or not you can make it in person, directly contacting the councilmembers on the subcommittee will also be important:

Also be sure to contact the three other At-Large Councilmembers:

And Brian Flahaven, ANC commissioner for 6B 09, which will move to Ward 7, is calling on his neighbors to contact Councilmember Yvette Alexander to “let her know that she will be receiving thousands of unhappy new constituents if she supports this plan.”

Finally, there are two petitions circulating that you can sign.

I have particularly enjoyed the calls for a special election in November to see if any of these guys can actually get re-elected after all of this.