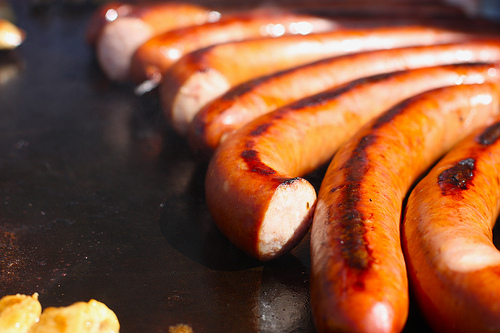 We have an appetizing little update on our news from weeks and weeks ago on a new commercial neighbor on Seventh Street SE:  an in-house charcuterie; cheeses; a large wine selection; ales; and a “fresh progressive menu,” with chef Brendan Tharp, formerly of  Baltimore’s Blue Hill Tavern, at the helm.  Forgive the mixed metaphor, but the working name for this gathering place will be the BoxCar Grill, which sounds intimate and a little retro-festive. The planned establishment for the ground floor space  at 224 7th Street SE, next to the venerable tavern, Tunnicliffs, will be owned and operated by restaurant proprietor Xavier Cervera, owner of Lola’s, Chesapeake Room and Molly Malone’s on Barracks Row, and a soon-to-be opened oyster joint called Senart’s, in the place where the Capitol Hill Veterinary Clinic used to be.  Expect an “upscale neighborhood place,” in about six months, Cervera said. “If all goes well, I will be adding to the rear of the building [something] similar to that of Senart’s,” Xavier  said.

Xavier shared his vision with me, and he also discussed his plans extensively with the neighbors who share the alley on 8th Street SE and North Carolina Avenue, SE.  The alley used to be a sleepy little alley, according to neighbors, before the likes of Acqua al Due, Tortilla Cafe and this latest eating establishment began taking root. 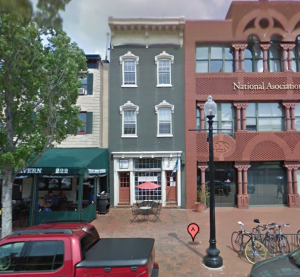 “We appreciate Xavier’s taking the initiative to reach out to the neighbors and trust that this is the beginning of a sustained, cooperative relationship with the neighbors,” said a representative of the group.  BoxCar will be seeking a restaurant, not a tavern, license and would operate seven days a week — take that, Mondays! — and is well on its way to opening day. The building owners, 224 7th Street LLC, aka Kitty Kaupp/Ken Golding of Stanton Development Corp. and Xavier have been hashing out the lease for two months, at least.  Tax records show a real estate transaction for $695,000 on Dec. 20, 2010.

Construction should start in a few weeks.  The building will have a new façade, “including a beautiful bay in the front with functioning French doors, new historically-correct windows on all floors front and back, new transoms and repaired cornice work. Still working on [the] interior design but.. almost done,” he told me.

Xavier had architectural drawings already done months ago and used them to explain his plan.  He  has already met on site with both Nancy Metzger of Capitol Hill Restoration Society and Amanda Molson of the D.C. Office of Preservation.

Cervera told neighbors that a one-story addition is planned for the back of the current building.  The plan is for the building to come all the way out to the same setback line as Tunnicliffs next door. There will no longer be any parking behind the building once construction commences.  Xavier has offered and had plans drawn for a garbage and trash enclosure with a roof.  He offered a copper roof, but neighbors suggested this was a bit over the top for an alley garbage enclosure.  He also will undertake a study of where the sewers and drains are for the alley.

Xavier also agreed to put the HVAC and kitchen exhausts in such a way that they don’t keep neighbors from enjoying their yards.  Because the Hill Rag’s offices look down on the existing two-story addition, HVAC and exhaust equipment cannot be mounted there.  There will be no outdoor patio and no roof garden.   Xavier said he would require his vendors to use the east-west alley to park when making deliveries and have the deliverymen use dollies as Tunnicliffs now does.

Xavier seems to know how to win friends on the Hill — he was also “agreeable to getting D.C. to re-brick the length of the alley after construction is over,” the neighbor said.  Good luck with that, and please add my alley, too, D.C!

Petit Gourmet, the outgoing cafe and sandwich shop, provided many a tasty and fresh sandwich to residents and visitors and a cozy respite for the weary or the child-toting local, even during the 2010 blizzard.  It is now selling some cheeses at half-off, and winding down business, even as the rest of its hardware will be up for auction.