A Government Shutdown & You 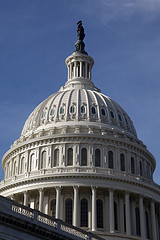 If you live on Capitol Hill and don’t work for the federal government –- surprise! You’re not alone. Not following the latest budget negotiations in Congress? No matter, for a furlough impacting federal operations will most certainly get your attention.

So, what will (and won’t!) be operational come midnight Friday? Let’s start with some good news.

The DC Government says 21,000 of about 35,000 workers will be exempt from a shutdown. Thankfully, those workers include the MPD and 911 employees. Fire and EMS will also continue working.

Parents will be glad to know DC Public Schools and Public Charter Schools will remain open. To this end, school lunch programs will also remain intact.

Expecting a package in the mail? The USPS is self-funded so mail will be delivered.

And now for what you don’t want to waste your time trying to do in the event of a shutdown.

Don’t bother going to the DMV because the doors will be locked. The same goes for the Department of Consumer and Regulatory Affairs.

The Department of Public Works, read: TRASH COLLECTION! will be suspended, as will street sweeping. Trash collection will not begin until one week after a shutdown.  (MPD will continue to issue tickets for parking violations)

The Department of Transportation will operate will a small staff, but maintenance and repairs are expected to be put on hold.

All DC Public Libraries will be closed.

Saturday’s Cherry Blossom Parade could also be in jeopardy.

National Parks and Smithsonian museums, including the National Zoo will close, but fear not, guards will remain in place for safety and designated staff members will feed the animals.

For more information on what a government shutdown could mean for you, check out these great resources from The Washington Post, DC.gov and DC Like a Local, owned and operated by THIH’s very own Tim Krepp.

4 responses to “A Government Shutdown & You”