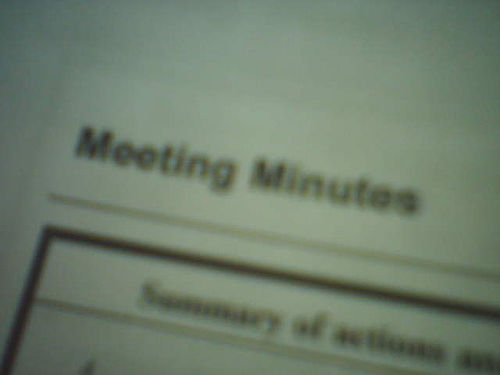 In case you couldn’t make last night’s ANC 6B meeting (what? You didn’t want to spend three hours in People’s Church listening to people argue about zoning regulations?!), here’s what you missed:  lots of liquor license deliberation (including a move to protest all new requests starting with Moby Dick and Nooshi), announcements about some upcoming meetings dealing with neighborhood development, and a vote to support a text amendment for changes to the Zoning Regulations in relation to the regulation of motor vehicle parking, bicycle parking, and loading.

The decision to protest all new liquor license requests came after more talk of a proposed liquor license moratorium due in part to objections raised from 9th Street residents who are concerned about plans for two new restaurants to occupy the current Chateau Animaux location.  The commission decided that a blanket protest of all new requests — instead of determining on a case-by-case basis — would be the best course of action until a solution is identified to fix the “over-saturation of restaurants” on 8th Street.  With three additional requests for new licenses expected in December, the commission felt that a decision on a consistent course of action needed to be made sooner rather than later.

A protest from the ANC does not necessarily mean that the business cannot get their liquor license, it just means that the ANC is advising the ABC board to deny it.  But a protest also means that things are drawn out through a hearing and negotiation period.  In an effort to learn more about how a moratorium would work and if it is the best solution for Barracks Row, an information-gathering meeting has been scheduled for December 6th.  Representatives from the Alcoholic Beverage Regulation Administration (ABRA) and representatives from areas of the city that have or have had moratoriums will be there to discuss the good, bad and ugly of such programs.  As more details are provided about the meeting, we will let you know.

Additional details from the meeting: