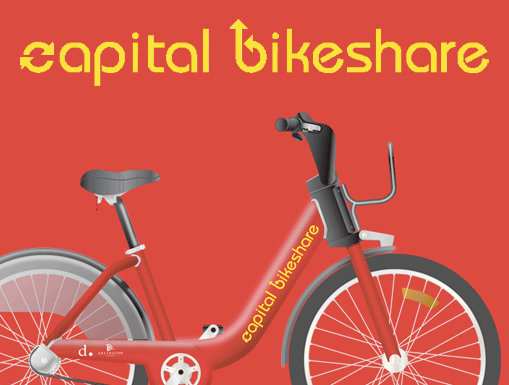 Last night’s ANC6A Transportation and Public Space Committee  was packed with community members interested in discussing a location for a Capital Bikeshare station at Lincoln Park.  To say debate got intense is an understatement, but other than a ridiculous assertion by a community member that Lincoln Park is but a block and a half from Safeway, it was mostly a productive, if emotional, meeting. Most participants came bearing solutions, and though many of those were not workable (for instance taking a lane from 13th ST across from Park Cafe for a station), I was impressed that people really did seem want to solve this issue.

According to Chris Holben, the DDOT representative present at the meeting, the original planned location at the southeast corner triangle (at North Carolina Massachusetts, East Capitol and 13th SE) is unworkable. Complaints from neighbors aside, the spot is actually too small to accommodate the smallest of the racks, which are 6′ deep and anywhere from 30′ to 90′ long. (Why this spot was originally on the table then, remains a mystery.) When asked if the concerns of the neighbors on the southeast side of the park were given more weight than those of the neighbors on the northeast side of the park, Holben responded that they had not.

The neighbors on the north side of the park though are very concerned about the safety in that location, citing multiple auto accidents at that triangle, concern for children who might see the bikes as temptation and run into the street, and concern for the safety of the riders themselves. They were adamant that they were neither anti-bike nor anti-CaBi.

On the issue of locating the station in the park: it’s not happening. For now, at least. Mr. Holben told us that the issue is that the National Park Service (whose property encompasses everything from curb to curb at the Park) has an existing contract with a company that rents bikes on NPS property and who has the right of first refusal to put their stations on all NPS land. All hope is not lost though. DDOT is working with the Department of the Interior on defining CaBi as a bicycle transit system — which it is, and which is why stations need to be stationed near enough to each other to function as a true transit option — rather than simply bike rental. While DDOT is actively pursuing this route, an outcome will likely not be achieved for at least a year.

So where will our CaBi station at Lincoln Park go? Well, to be honest, I got the sense that that is still very much up in the air. The Northeast triangle seems to be the favorite in DDOT’s eyes, despite the loud protestations of neighbors in the immediate vicinity.

I asked Mr. Holben if there were plans to address the CaBi station desert north of East Capitol Street and west of Lincoln Park, perhaps adding a station at Lola Beaver Park, at 9th and Massachusetts NE. (Yes Tim, I did manage to work Lola Beaver into yet another conversation.) He said that was a possibility, and pointed to the station at 4th and East Capitol (which does not solve this issue) and also said that they looked at a spot today at 6th and Massachusetts  NE at Stanton Park (but not in the park, which faces the same hurdles as Lincoln Park).

So, the issue was not resolved last night. 78 of the 100 CaBi stations have been installed to date, with the remainder expected to be installed by the end of the year. Holben said that a station within a block of Lincoln Park is included in that 100, but now the only question is where.

38 responses to “Update on Capital Bikeshare at Lincoln Park”