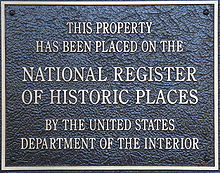 The Atlas Performing Arts Center is applying for inclusion on the National Register of Historic Places (NRHP).  Initially begun in 2002, the application has been on hold so it could be considered after the completion of several years worth of renovations.  The site is already listed as a DC landmark and is being favorably recommended for the NRHP by the DC Historic Preservation Review Board. With the renovations now complete, the District’s Landmarks Coordinator, Tim Dennee, said in a letter to ANC 6A that he expects the application to be placed on the Board’s Consent Calendar at its meeting on September 23rd.

Originally constructed in 1938 as the Atlas Movie Theater, the building witnessed the neighborhood’s ascendency and decline until the theater closed its doors in 1976.  In 2001, the Atlas Performing Arts Center was created as a community-based non-profit and in 2003 it became an anchor in the city’s plan to revive the H Street corridor.  After years of renovation, the Atlas officially opened its doors again in 2006.

A listing on the National Register of Historic Places offers tax incentives and credits and also makes building owners eligible for certain grants.  Administered by the National Park Service, of the 80,000 individual listings on the NRHP more than 500 are in the District.  The nearby H Street Playhouse was listed on the NRHP in 2004.