7-Eleven: Good Neighbor for H Street or Not? 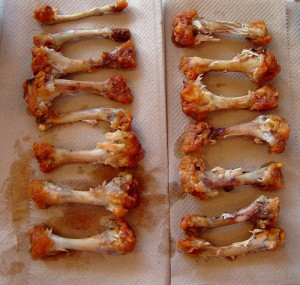 When redevelopment plans for H Street Connection are discussed in grand terms, I don’t think 7-Eleven is part of the vision.  However, that is exactly what’s happening — now and in the new development (assuming it is finished in the next 10 years).  Rappaport Companies, the manager of H Street Connection, has signed a multi-year lease with 7-Eleven at 957 H Street, NE, a topic that has already generated much speculation and discussion.

To be clear, it is my understanding that 7-Eleven is coming.  Had it been successfully classified as a fast food establishment, there would be additional licensing and approval hurdles for the store.  Since that is not the case, the question now is more a matter of when and how they will open, not if they will at all.

(As an aside, proponents for the fast food classification may in fact have a good argument, but at the public meeting I attended with representatives of 7-Eleven and Rappaport Companies, the 7-Eleven rep only cited what percentage of their square footage is dedicated to fast food — which I believe is anticipated to be 10%.  I find that number meaningless since the valuable indicator would be what percentage of sales is fast food — e.g., of the products that go out the door, how much of it is fast food.  The rep didn’t divulge that number.)

As a matter of convenience, there are some who say a store with basic necessities that stays open late (7-Eleven wants to be open 24 hours) would be a welcome addition, especially for future tenants of planned condos above the ground-level retail.  However, the company suffers mightily from the poor reputation of its store at 8th and Maryland, NE.  That store is beset by panhandlers, loiterers, obvious shoplifting, and litter that extends several blocks into the surrounding neighborhood. I actually live near this store but avoid at all costs for many of these reasons.

In an attempt to preemptively address these issues and others, ANC 6A’s Economic Development and Zoning Committee has written a Draft Memorandum of Understanding (MOU) Between ANC 6A, Rappaport Companies and 7-Eleven Corporation.  The draft was approved at a recent ANC 6A meeting.  This means it will now be sent to Rappaport and 7-Eleven and they will negotiate a final MOU with the ANC.

1. Educate and instruct all employees to engage in active enforcement of the no-loitering policy.

2. Detail and implement debarment procedures for misbehavior on the private property surrounding the store.

3. Ban certain tobacco products, such as mini cigars and rolling papers, that can be refashioned for illicit purposes.

4. Limit late night hours for a 2 month probationary period so that the store closes between 2AM and 5AM (3AM closing on weekends).

6. Limit sales of fast food items so as not to constitute a “fast food establishment” for zoning purposes.  Store may not sell chicken wings and the prepared foods section should be limited to no more than 10% of the interior retail space.

7. Minimum security standards in and around the facilities (cameras in front and side covering sidewalk and parking area, lighting along H and 10th Streets that amplifies visibility without affecting residential neighbors along 10th).

8. Commitment to cleaning property, parking lot and sidewalk from alley on 10th around the corner and onto H Street no less than 5 times/business day.  Rappaport Companies agrees to extend service 1.5 blocks to include Sherwood Recreation Center parking lot and back along 10th to store entrance.

9. Participation in any ongoing reimbursable police detail along the eastern end of the H Street Corridor.

10. Installing a physical barrier to reduce foot traffic spilling over on to 10th Street.

11.  Voluntary enforcement if violations of the provisions are identified.  If violations recur, 7-Eleven will further restrict its hours of operation.

12. The MOU carries over if/when the store is transferred to a franchisee.

Though not a member at the time the MOU was drafted, Sharee Lawler is currently a member of the ANC 6A Planning and Zoning Committee.

14 responses to “7-Eleven: Good Neighbor for H Street or Not?”